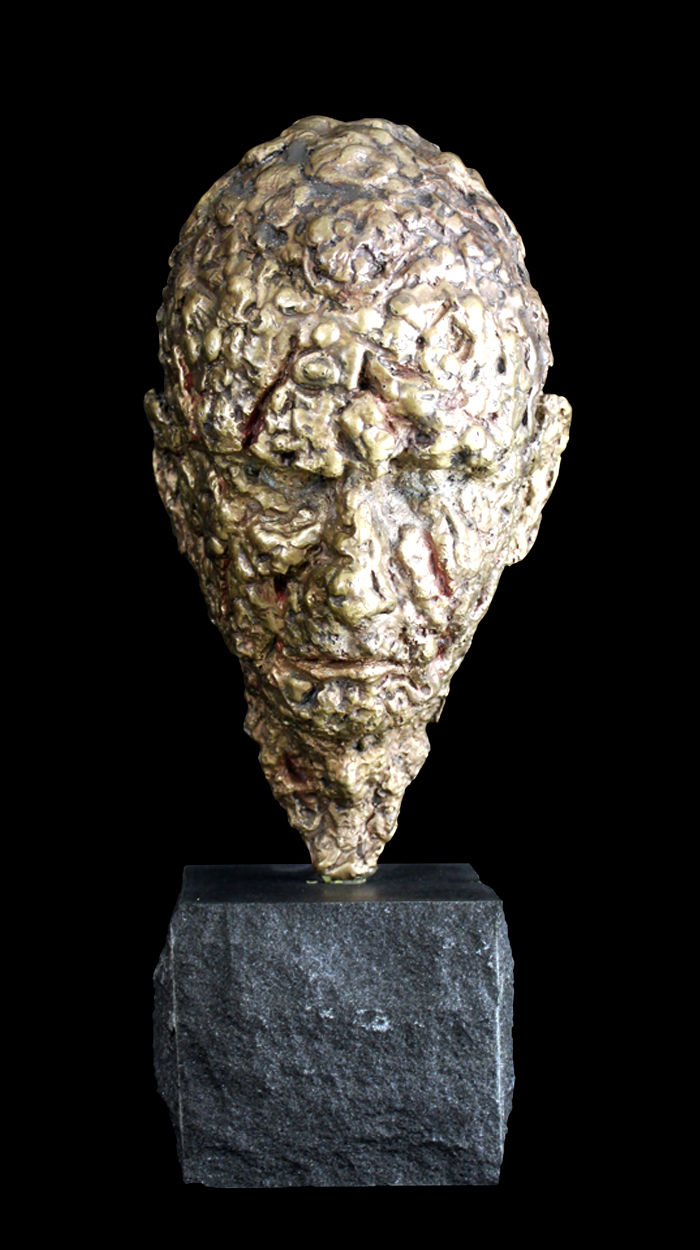 A compelling work. An unequivocal statement. Troubled by the conflict that raged in Lebanon in 1969 and sickened by the televised images of the civilian victims of napalm bombing, Joe Jbeily felt compelled to cry out against the horrors of war and give concrete form to his disgust, his indignation, his powerlessness, his fear and his revolt. He drew inspiration from the work of his university professor, renowned sculptor Naïm Doumit, who was instrumental in fuelling his desire to create. The first plaster sculpture made in 1970 was stolen during the war in 1975. It was reproduced in Canada by the artist, who then chose to immortalize the work in bronze.

Inspired by my teacher Naïm Doumit